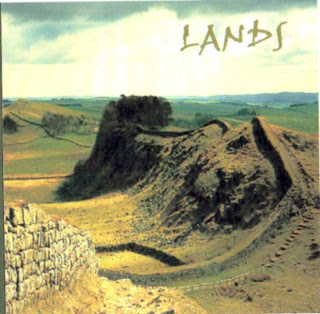 "Lands" was composed over a period of about three years and is part of a series of music albums including "Dreams", "Journeys", "Realms", "Recollections", "Worlds" and soon to be launched "Kingdoms". Originally the CD was composed on a Clavinova system but has since been re-worked using VST sampled sounds. Combining various instruments such as the piano, recorders, frame drums, Gothic choirs and strings, as well as sound effects, the thirteen tracks touch upon the Medieval sound of England and are part of a reflective series of music written several years ago and compiled onto music CD.

The album LANDS is an assemblage of imaginative pieces. Each tune takes you into a land of visual imagery. As you listen, let yourself be taken through winding grasslands, past rivers, across deserts, on top of mountains. Visit new realms where kings once feasted and battles were fought, but all that remains is the moving memory of the history that once was. Travel to Egypt in the Egyptian themed 'The Kingdom of Sands' where the native Oud gently accompanies playful yet haunting flutes. Hold back the tears as you explore the deserted streets of the 'Forgotten Realm of Rhyme' as the sweet and mystical melody of the piano tells its own story. This album will gently relax and inspire you to meditate while escaping into new lands. The perfect mingling of instruments, from Spanish Guitar, flute, bassoon, clarinet, piano, drum and panflute contrast perfectly touching on the medieval and the mysterious. Tender Gothic choir and charming nature sounds are certain to arouse the spirit within.
Posted by MarysDowryProductions at 19:22