This month we remember Saint Richard Gwyn, one of the 40 Martyrs of England and Wales 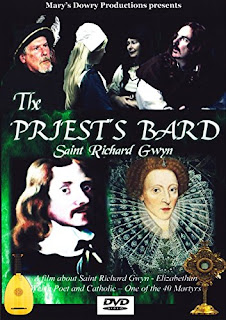 After being hunted, fleeing with his family, keeping good cheer and driving Protestant preachers and judges to frustration with his blunt and sometimes humorous banter, he was executed in Wrexham Market on 15th October 1581 aged 47. His feast day is celebrated on 16th October and in some places on 17th.

We were keen to produce a film about this great Welsh Catholic Martyr that not only gives a biography of Saint Richard Gwyn's life but also looks at the Welsh Bards and Catholicism in Wales during the persecutions.

There is only one portrait of Saint Richard Gwyn (seen on the cover of our DVD) so we recreated our own visuals for this film. 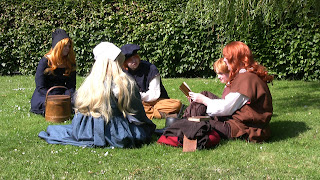 We loved the contemplative spirit that he kept with him constantly amidst his family life, writings, debates, arrests and imprisonment.