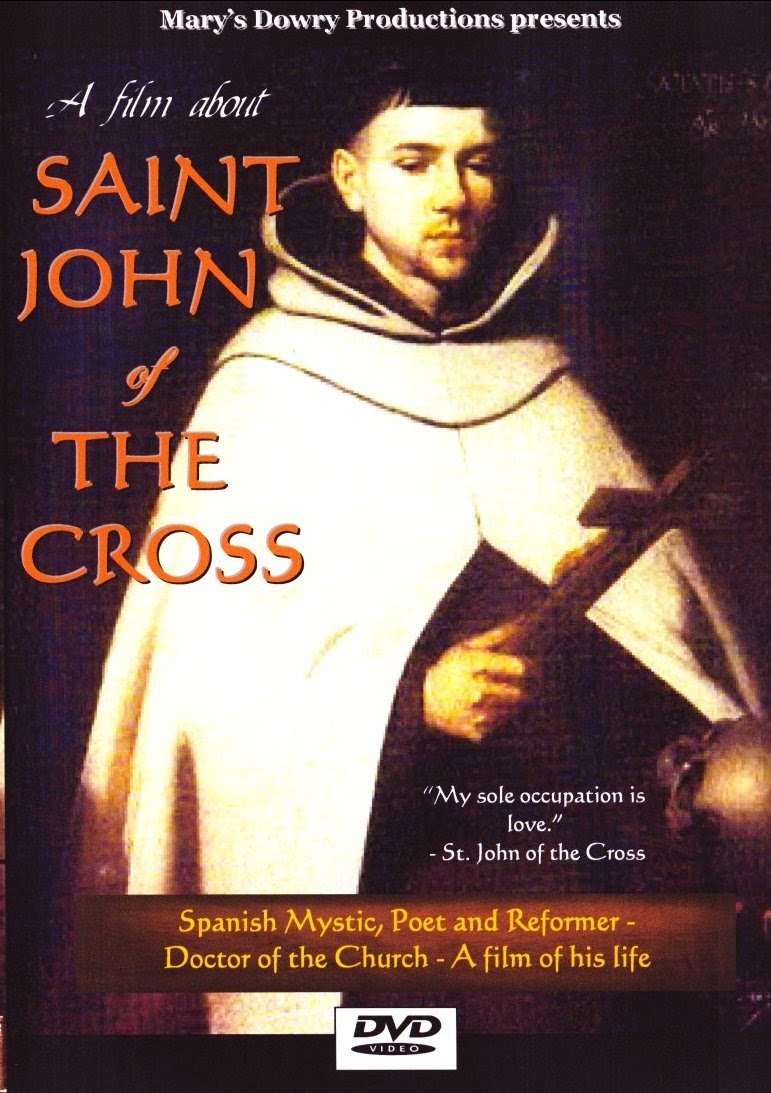 John of the Cross, Saint, DVD, out now from Mary's Dowry Productions - the life of Spanish Mystic, Poet and Carmelite

Saint John of the Cross, O.C.D. (Spanish: San Juan de la Cruz; 1542[ – 14 December 1591), was a major figure of the Counter-Reformation, a Spanish mystic, a Roman Catholic saint, a Carmelite friar and a priest who was born at Fontiveros, Old Castile.
John of the Cross was a reformer of the Carmelite Order and is considered, along with Saint Teresa of Ávila, as a founder of the Discalced Carmelites. He is also known for his writings. Both his poetry and his studies on the growth of the soul are considered the summit of mystical Spanish literature and one of the peaks of all Spanish literature. He was canonized as a saint in 1726 by Pope Benedict XIII. He is one of the thirty-six Doctors of the Church.
Our film about Saint John of the Cross runs for 30 minutes.
St. John of the Cross is available on Region Free DVD worldwide:
MARY'S DOWRY PRODUCTIONS
Posted by MarysDowryProductions at 19:54