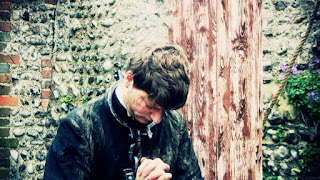 "I declare to you here present and to the whole world..."
IN the course of his speech from the infamous Tyburn scaffold on 20th June 1679, Blessed Thomas Whitbread, a Catholic priest, said before he died:
"I suppose it is to be expected that I should speak something to the matter that I am condemned for and brought hither to suffer; it is no less than plotting his Majesty's death and altering the government of church and state. You all know, or ought to know, I am to make my appearance before the face of Almighty God, and with all imaginable certainty and evidence to receive a final judgement on all the thoughts, words and actions of my whole life.
As then I hope for mercy from His Divine Majesty, I declare to you here present and to the whole world that I am as innocent of the charge against me as when I was born.
Further, I renounce from my heart all manner of pardons, absolutions, dispensations for swearing falsely, which some impute to us as part of our doctrine and practice; it is a thing so unlawful that no power on earth could authorize me or anybody so to do.
I forgive my accusers and pray for their repentance, otherwise they will find they have done to themselves more wrong than to me, though that has been much.
May God ever bless his Majesty, to contrive whose death and hurt I have ever believed to be unlawful. I commit my soul into my Redeemer's hands."
"Putting away lying, speak ye the truth, every man with his neighbour; for we are members one of another." - Eph. 4, 25.
Reading for 13th June from
The Mementoes of the Martyrs and Confessors of England and Wales
by Henry Sebastien Bowden
(Screenshot taken from the Catholic film biography 'Saint Alexander Briant' by Mary's Dowry Productions, available on DVD worldwide)
For films about the Saints and English Martyrs:
www.marysdowryproductions.org
MARY'S DOWY PRODUCTIONS is a Catholic Film Apostolate founded in 2007 to promote and share the lives of the Saints and English Martyrs and Catholic heritage through film.
﻿
Posted by MarysDowryProductions at 15:21