Saint John Bosco and his important messages for our times - Catholic film, biography

SAINT DON BOSCO
AND HIS IMPORTANT MESSAGES FOR OUR TIMES 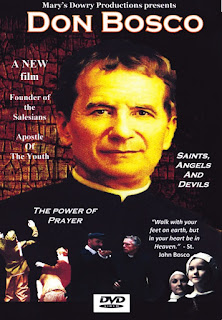 Last year, in January 2017, we were inspired to produce a DVD on the life of Saint Don Bosco, with the special intention of somehow presenting a selection of his dream/visions, as recorded in his autobiography and memoirs. Saint Don Bosco is mainly associated with schools and the education of children and it sometimes passes unnoticed that he was given a wealth of important aids/guides or visions for the salvation of our souls, particularly relevant today.

Saint Don Bosco's biography is fascinating in itself. He was guided by Our Lord in his dreams, which Don Bosco explained were so vivid and real that they could not really be called 'dreams' as we understand them. His first occurred when he was a boy and shaped his future and his special vocation. 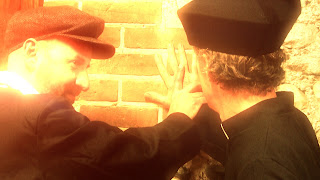 As well as founding schools and assisting profoundly in the development of authentic Catholic education and catechesis, Saint Don Bosco's very life bore fruit in witnessing to holiness. He was a man of deep humility and prayer. He also worked miracles.

Oftentimes, Our Lord would instruct Saint Don Bosco through specific and important 'dreams'. As Saint Don Bosco assures, these dreams were real. For instance, after journeying to hell and back, his 'guide' or Guardian Angel, told Don Bosco to touch the outermost wall of hell and when he did so, the blistering pain that he felt remained as evidence in the sores and blisters of his swollen, red hand for many days afterwards.

In our times, when the fundamental truths of the Catholic Faith are questioned, dismissed, or forgotten, Saint Don Bosco is one of many Saints who stand out with clarity and Truth.
Our film about Saint Don Bosco is not only a detailed, informative and factual biography, but a prayerful, spiritual and authentically Catholic journey with this inspiring and important Saint for our times.

Available on DVD worldwide in all region formats,
SAINT DON BOSCO
can be ordered online through our website here: