Two upcoming film biographies - The English Martyrs, the 40 Martyrs of England and Wales

Two NEW films about two English Martyrs
Mary's Dowry Productions had a busy day on Saturday 24th March filming specific costumed visuals of Saints and English Martyrs for four upcoming films. We still have five films due to put together from filming in 2017 but we are behind with editing. Hopefully we will be able to make progress on new productions over the coming months.

On Saturday 24th March we filmed visuals for:

We are looking forward to putting together these films and with a DVD about Saint Alban Roe, as well as a DVD about Saint Thomas Garnet due, we will have 17 individual film biographies on DVD from the list of the 40 Martyrs of England and Wales.

Our first film about an English Martyr was our first film for Mary's Dowry Productions and was about SAINT PHILIP HOWARD: THE EARL OF ARUNDEL who was imprisoned for 11 years and died a martyr in the Tower of London. 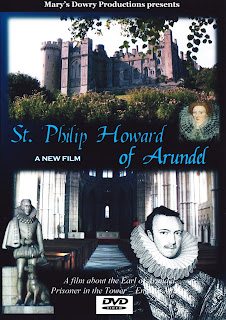 Our film about St. Philip Howard was released in 2007. We hoped to be able to have a film available about each of the 40 Martyrs of England and Wales. So far, over 10 years of film-making, we have 15 individual biographies as well as films about other English Martyrs such as St Thomas More, St John Fisher and Blessed Margaret Pole. 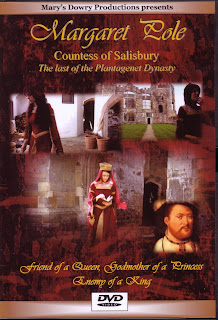 Filming on Saturday was hard work but everyone involved did such an amazing job, providing us with some wonderful and inspiring images of Saints, English Martyrs and Knock visionaries. We especially are pleased when we recreate visuals of the English Martyrs because there is very little available visually on many of these Martyrs. We also have some new faces this year.
We are always moved and inspired with the finished results of our filming days and are keen to make our films available as soon as possible to help share the lives of the English Martyrs, Saints and the Catholic Faith.
We will be posting screenshots from our filming day soon!
Meanwhile, visit our online shop for a full listing of Catholic DVDs available worldwide through Mary's Dowry Productions