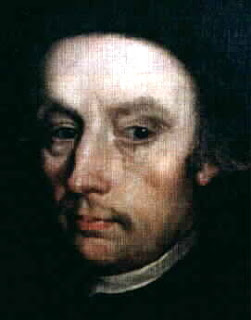 St. Edmund Arrowsmith was the son of Margery Gerard, a member of an important Lancashire Catholic family. Among his mother's relations was Father John Gerard, who wrote The Diary of an Elizabethan Priest, as well as another martyr, the Blessed Miles Gerard.
Edmund was born at Haydock, England in 1585, the eldest child. He was baptized Brian, but always used his confirmation name of Edmund. The family was constantly harassed for its adherence to Roman Catholicism and after an intense life of heroic sacrifice, danger and devotion for the Catholic Faith in England St. Edmund Arrowsmith earned a Martyrs crown.
A new and detailed account of the life of this English Martyr, St. Edmund Arrowsmith in a DVD available through AMAZON UK and AMAZON COM and
www.marysdowryproductions.org/shop/
Saint Edmund Arrowsmith's life contains many important details of his mission for 15 years among the people of Lancashire, his betrayal, arrest, imprisonment, his link to fellow Martyr St. John Southworth, his final words, his bravery, his Catholic Faith and devotions, his witness and beliefs and his understanding of the Catholic Faith in England and English history, all covered clearly in this new 45 minute account of his whole life, mission and Martyrdom.
He is one of the Forty Martyrs of England and Wales.