Music for Christmas, CD 'Christmas in a Nutshell' - Nativity exhibition in Sussex 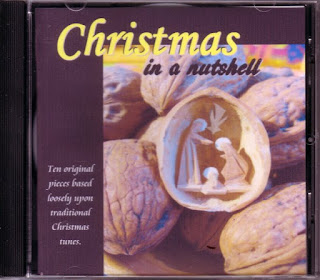 The photograph on the cover of this Christmas music album was taken at a beautiful Nativity exhibition in Littlehampton, West Sussex. The Nativity exhibition was put on each year by the late Stephanie Shepherd who lent her acting skills and prayerful enthusiasm and love for the Catholic Faith to many of our films. Stephanie sadly died in 2014 but has left us with many lovely memories of her life and love of God. Stephanie loved Bernadette's music and was thrilled with this album which was produced in 2010.
Stephanie was a Third Order Franciscan and was full of zeal for Saint Francis.
She organised the Nativity exhibition every year at the convent of Saint Joseph's in Littlehampton, where her large collection of Nativities from all around the world were displayed.
Bernadette's music was played during the exhibition and Stephanie was thrilled that we wished to use a photograph from her Nativity for the cover of Bernadette's new Christmas album in 2010.
'Christmas in a nutshell' seeks to present a collection of original pieces that create a truly Christmassy atmosphere.  Too often the Season of Christmas can become stagnant without a fresh character causing us to lose the true spirit of Christmas in a mundane routine.  These compositions aim to portray Christmas through music, 'in a nutshell' as it were, using all the customary sounds and songs of Christmas but bringing something fresh and different so as to inspire and enthuse anew.  The compositions are based loosely upon traditional Christmas tunes so they will be both recognizable to the listener but at the same time new.  With a blend of guitars, flutes, piano, celesta, bells, chimes, harps, choirs and many more instruments, your Christmas can be filled with a new infusion of joy and grace with these inspiring and uplifting tunes.
TRACK LISTING:
1. The Merry Gentlemen (3:44)
2. A Messenger from Heaven (3:28)
3. The Faithful Gathered in Joyful Triumph (5:20)
4. The Night Was Silent (6:42)
5. Good Tidings for a Merry Christmas (3:58)
6. Three Ships on a Christmas Morn (5:36)
7. How Lovely are Your Branches (3:25)
8. A Clear Midnight (4:50)
9. A King on the Feast of Stephen (3:58)
10. Lullay Little Tiny Child (4:10)
CD Format. Runtime 45:21
Available Worldwide.
www.marysdowryproductions.org 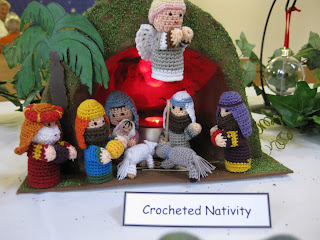